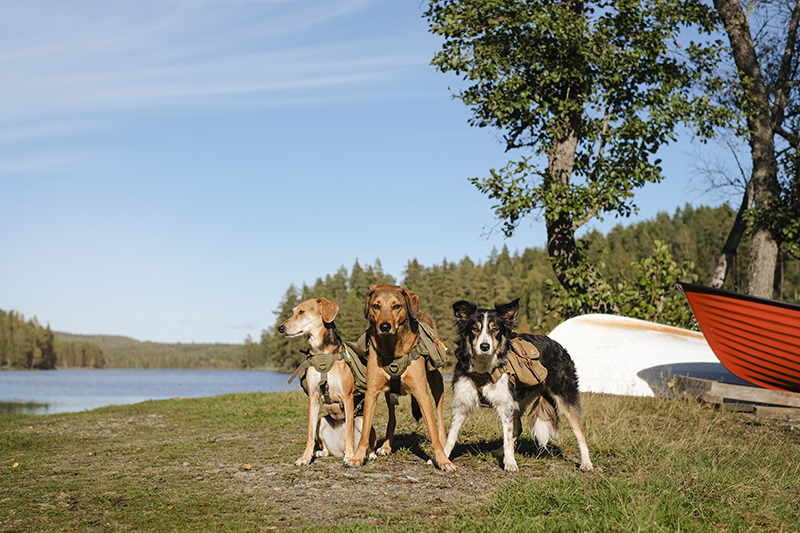 Lizzie and Mogwai were not entirely sure that the postcard which Oona had found was indeed their next clue. Shouldn’t their names be on there? But since they got interrupted, they had no other clues and no idea what else to do. And secretly, Mogwai was feeling a bit extra competitive now she realized there were other teams on the same treasure hunt! It bothered her that they might have found something in that cabin that she had missed. She just kept thinking about the puzzles in the cabin, what else could have been,…

Her thoughts got interrupted when she bumped into Lizzie. As often, Lizzie was walking just a bit in front of them, always wanting to go faster, eager to explore. Her sudden stop nearly sent Oona tumbling into the moat and causing a head-to-tail collision with Mogwai. Just before bursting into complaints, they realized why Lizzie froze. A nasty smell of rotten garbage hung heavy between the ferns and Lizzie’s sensitive nose pointed further towards their destination at the end of the road. Without a word, she pushed Mogwai and Oona into the bushes, leaving the path crawling as if she was hunting for mice. They made sure to move slowly and not to step on any twigs while staying low and out of the wind. The detesting smell got stronger and stronger and they started to hear some loud barks but kept crawling until they could see what produced all the noise.

From their hiding spot, they suddenly spotted the silhouettes of a few creatures in the strong sunlight. “PrrrFFfffttt!!!” The blob-looking Bulldog that was sitting comfortably in the sun while barking at the other two farted loud and surely it would have been a bright green smoke bomb if they would be cartoon characters! Mogwai, Oona, and Lizzie hid their nose in the moss in an attempt to hide from the smell but the three flat-nosed giants that were bossed around by the Bulldog didn’t seem to be surprised at all. “We can’t find anything,” the biggest one complained while panting heavily. “There is nothing here!” The second one added. And the third could only nod as a sign of agreement. They were tired. Their tongues were dry, their feet swollen. But the Bulldog didn’t want to give up. With every bark at his helpers, he farted more and more. How much gas can be in one dog? Why didn’t he flutter through the air like a runaway balloon?   Eventually, they left grumpy, and empty pawed and with tongues almost dragging over the ground. 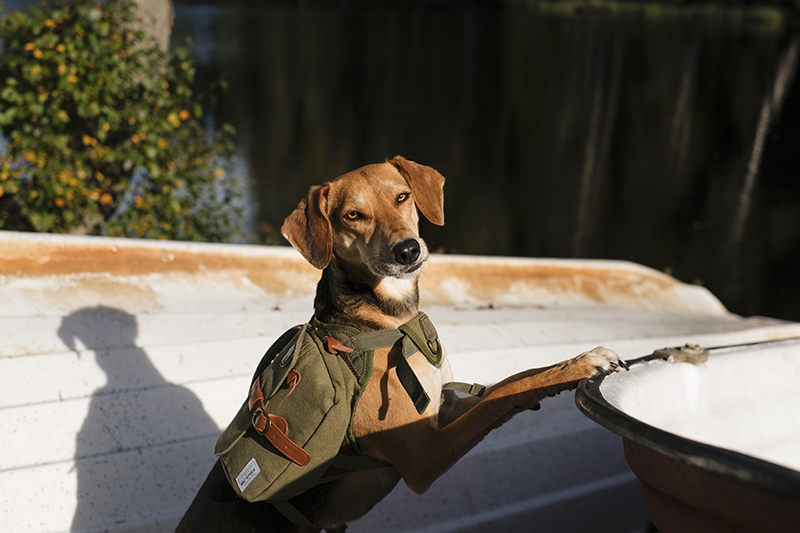 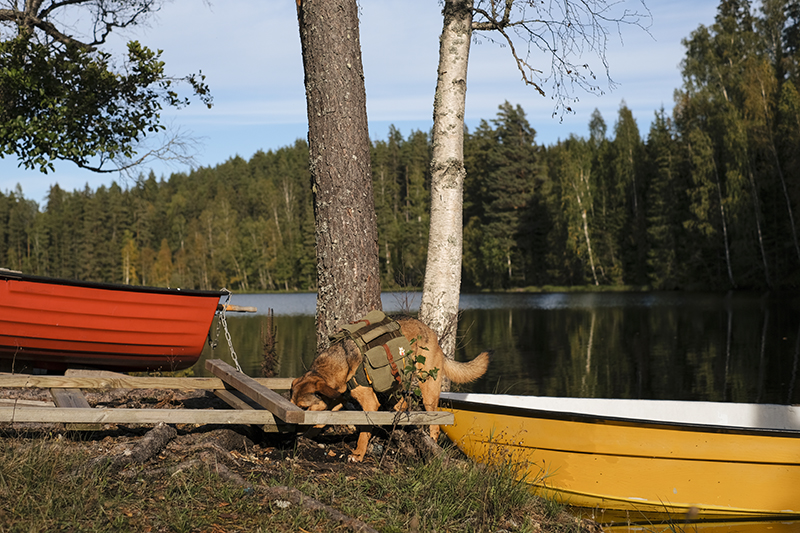 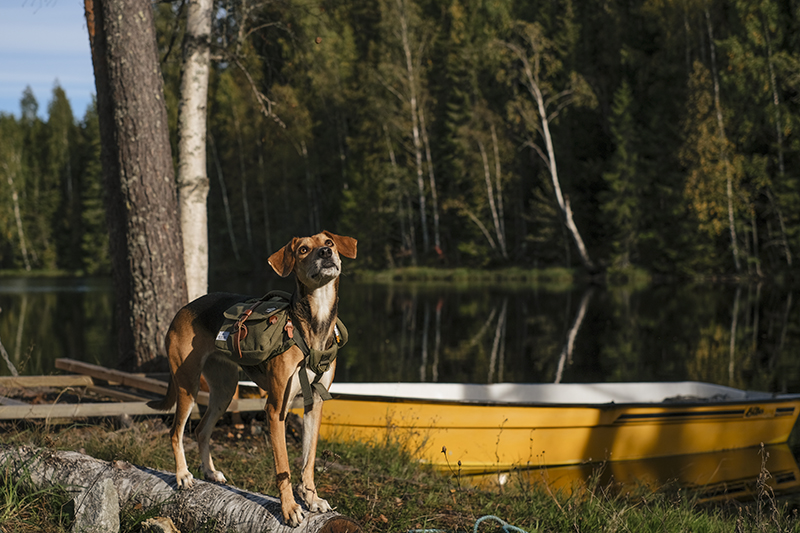 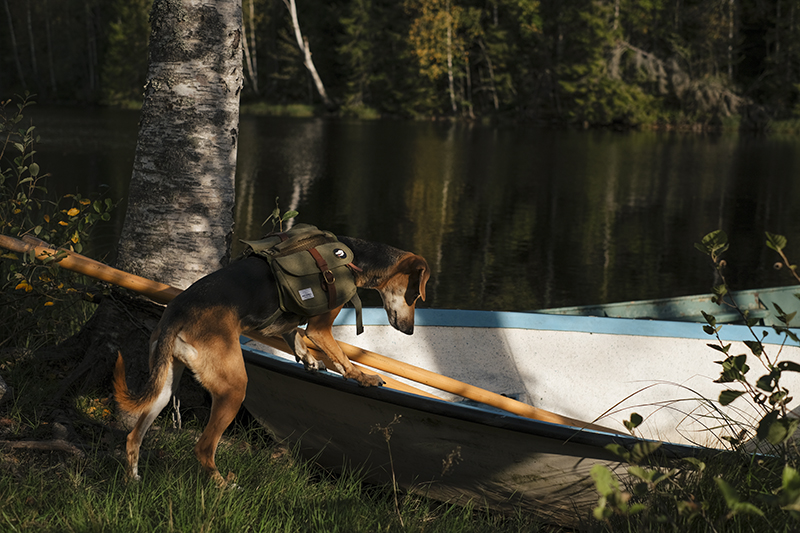 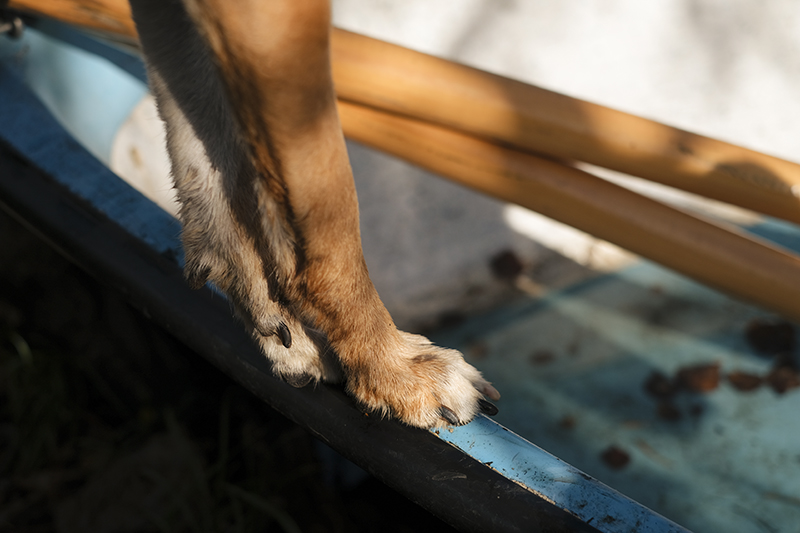 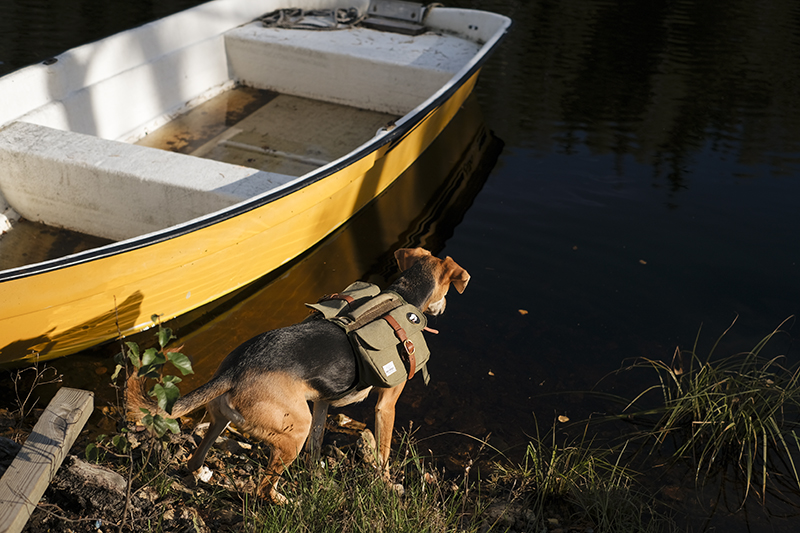 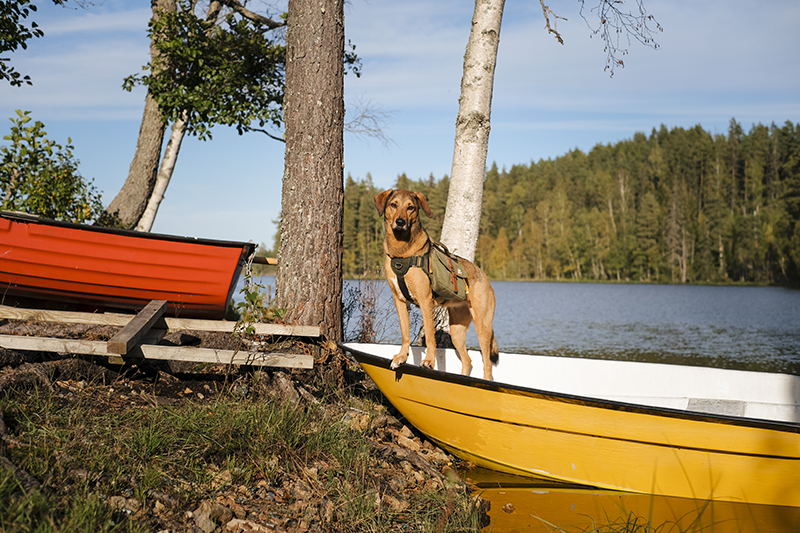 Mogwai, Oona, and Lizzie made sure to keep quiet for just a little longer, to make sure they were gone before starting their own search, not even sure if the object they were looking for was still there. Perhaps another team had found it first. Perhaps it would be destroyed or gone.   They didn’t want to miss a spot and searched the empty boats, under bushes, in the trees, and even near the water. 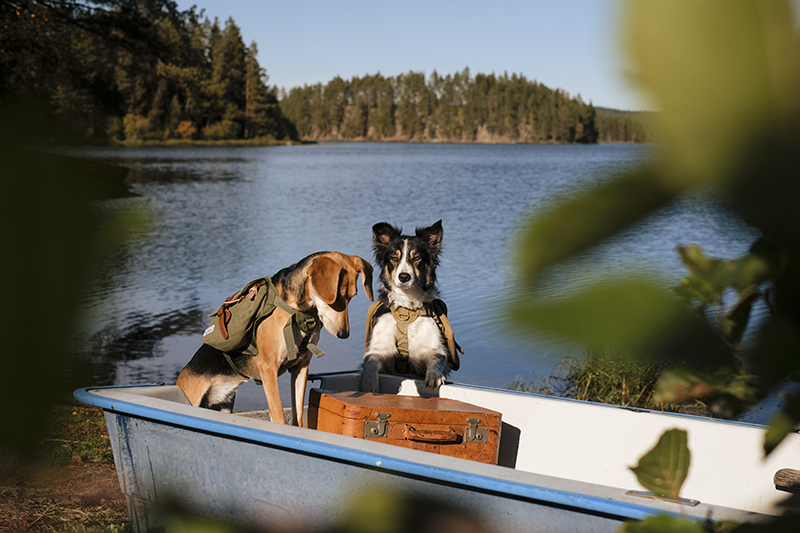 “Oona, come here! We found it!” Mogwai and Lizzie stood on one of the little boats and had discovered a small cognac-colored suitcase. The suitcase was locked but Mogwai, with her excellent memory, know exactly how to open it. Do you know too? It’s one of the objects that arrived in the mail with their first letter. 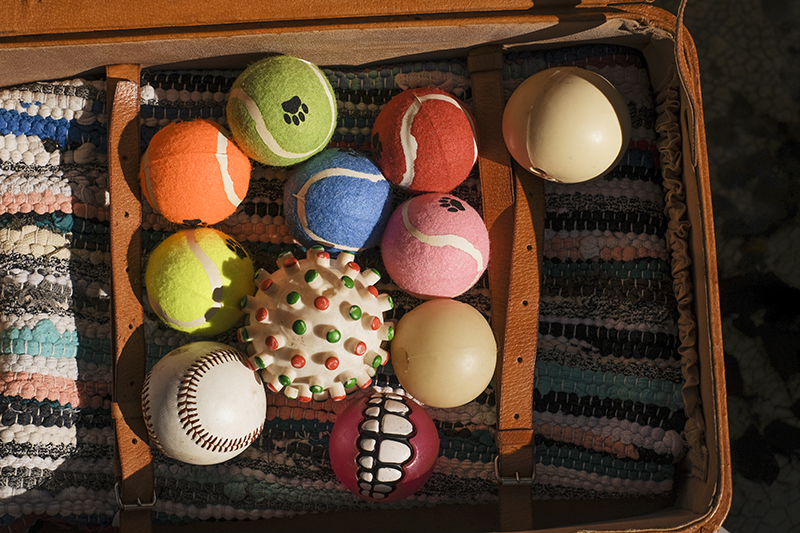 Inside the suitcase was a deliciously colorful collection of balls. For Mogwai, this could have been the big treasure and she would have been perfectly happy, but the note said:” You can only take one ball. Which one?” How disappointing for a Border Collie! 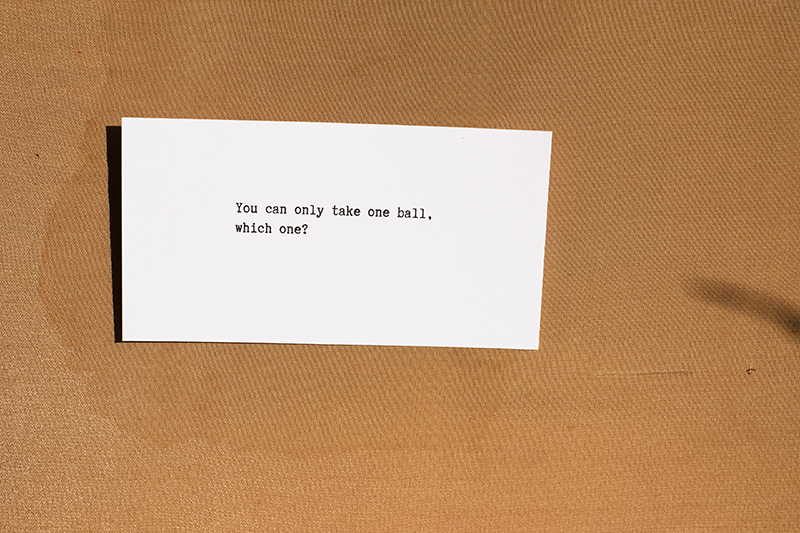 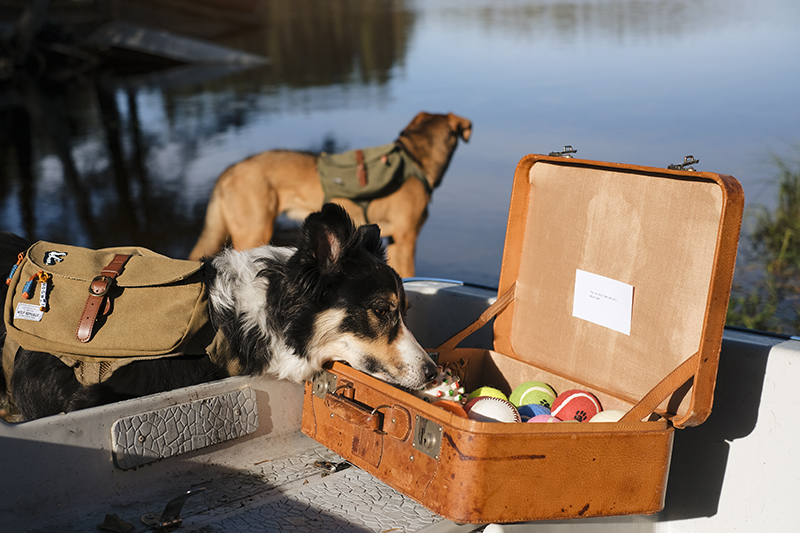 However much she would have loved to take all of them home, Mogwai didn’t hesitate and grabbed one and put it in her backpack. “Mission accomplished,” she said. Let’s get some water and then return home before the stinky squad returns.” 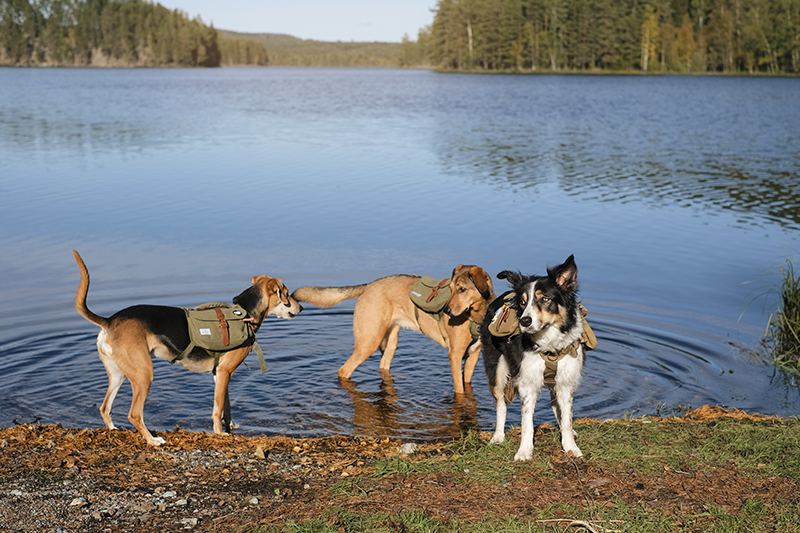 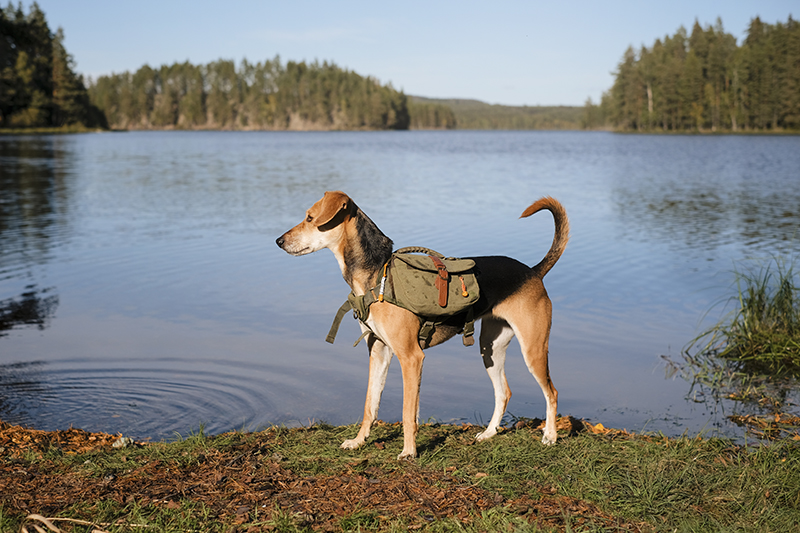