Crossing the lake by Kicksled 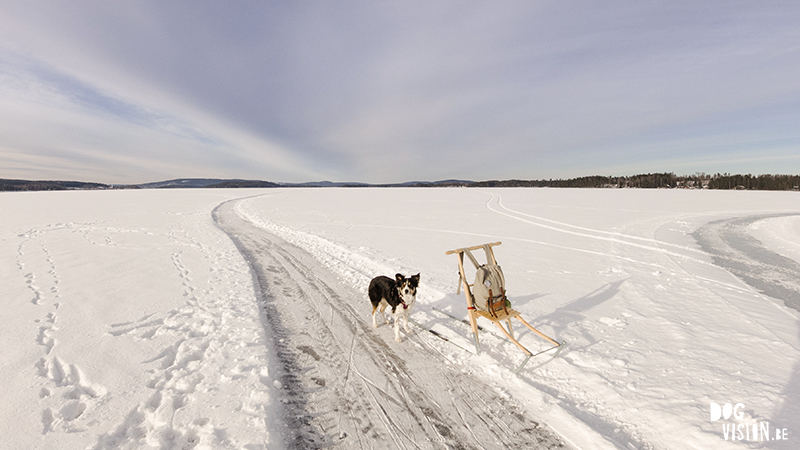 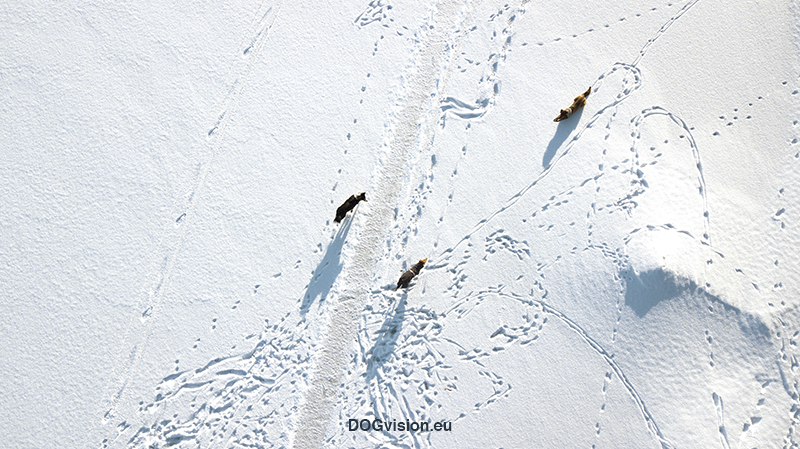 I remember the confusion when I heard a friend mentioning sliding across a lake on a kicksled. As a Belgian who’s raised never to trust the ice, it sounded surreal. When I moved here, my only experience with ice was that handful of times that I went ice-skating at “Antarctica” – a crowded indoor ice rink. Many young people seem to find this such a romantic place for teenage dates and drama but I couldn’t see the charm through borrowed stinky ice skates, trying to wobble up the stairs to get on the ice, and then the terror of getting to the inner circle. Even when I did start to feel comfortable, I was pretty sure that those boys who tried so hard to impress some giggling girls, would skate off my fingers if I’d fall.

Fast forward just a few years and I have the ice almost to myself 😀
But also a place where ice isn’t just an indoor attraction, but instead something with its own rules, daily changing looks, and magical sounds. 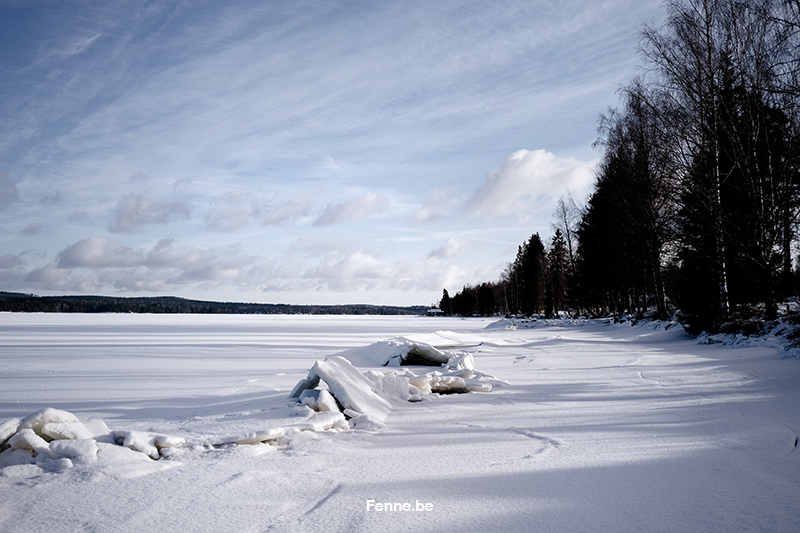 Around the beginning of this year, we got some real winter days. It was freezing up to -17*C (although the previous winters we had much colder days) and we got a magical layer of beautiful fresh snow. With sounds of a whale from outer space, the lakes froze solid and strong enough to hold a car or even a small plane!
We went on a few walks over those untouched lakes (a fantastic experience on its own) but then heard about an ice path that a villager made on the big lake (the one that we crossed during Midsommar evening). Curiously, we went for a walk to look for it, finding another path leading to it so we would be able to skate all the way to the center of the village. Well, if we would have ice skates. But we had been trying the kicksled on ice for the first time on the smaller lake behind our garden and after touring the small lake (a part was also cleared by a neighbor), I felt ready for the big challenge 😉

As I pushed the sled on the ice and started kicking to get some speed, I regretted my choice a few times before reaching the bigger ice track. The air was cold and sharp, biting my face and chest, the air that I was breathing froze on my snood when I tried to cover my face. On the inside I was protesting and swearing- having a big conflict with myself, on the outside I was just kicking and kicking, trying to find my rhythm. Mogwai was running next to me and Lizzie was all eyes on the horizon and feeling the need for speed.

At the turn of the path to the main track, I found my flow. Then I knew I would do whatever it took to cross the lake. My blood started to flow, the cold was gone. My boots scratched the ice as I pushed and the sled made a scraping sound that I started to love. Frozen cracks in the ice revealed the movements of the surface we were running on. When I was about halfway to the church, I passed the cottage where our Sweden adventure started, passed some houses of friends to finally see the shoreline coming closer and closer. The ‘official’ start of the track is a popular swimming spot in summer and it’s definitely a unique way to arrive like this.
We had a little break in the sun (nice that this spark is also a chair) before the run back. We were totally exhausted but feeling great at the same time ( and I slept better than ever). 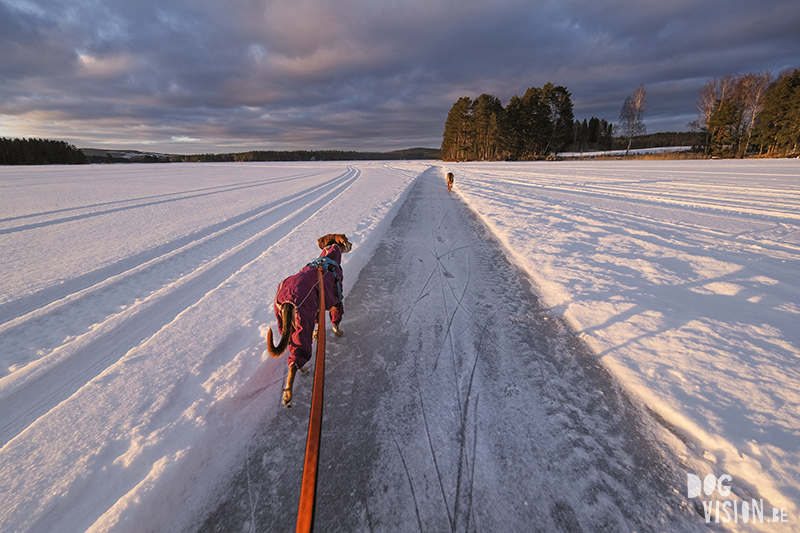 I did two different large tours and some small lunchtime tours on the lake behind our garden. One, as documented in the picture below is a tour starting in the center of town (near the church). The other one was starting at our side of the lake (on the left outside of the picture) all the way to the church and back. 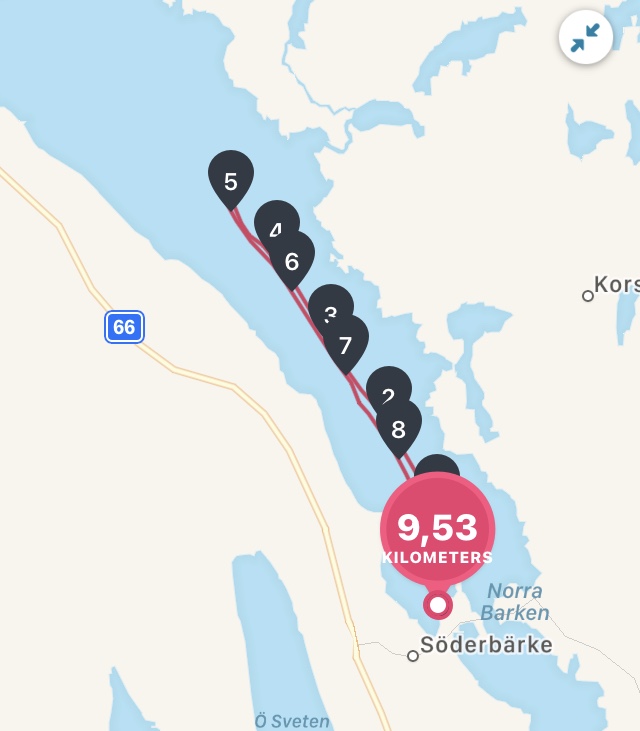 If you’d love to try it yourself (I can only recommend it), there are some things to take into consideration.

Safety:
– Check the quality of the ice and local recommendations. While I tried learning about safe ice and patterns, I am no expert so I check the posts of villagers.
– Take ice pricks. I have never used them and hope I never have to, but I certainly take them.
– Check your dog’s paws
– Let others know where you are.
– Adjust your speed to your dog(s).

Comfort:
– I use slip-on spikes for my shoes to have a better grip on the ice.
– When using an ice track, I give my dogs the freedom to run where they want- mine chose to run on the sides where there is a thin layer of snow. On longer trips, I keep them on a leash to control speed and effort.
– Bring some food and an extra layer of clothing (I usually take an extra puffer vest and some nuts).
– Cleaning up after your dog keeps the trails clean. (I hang the bags on the side of the sled and it’s frozen by the time I arrive). 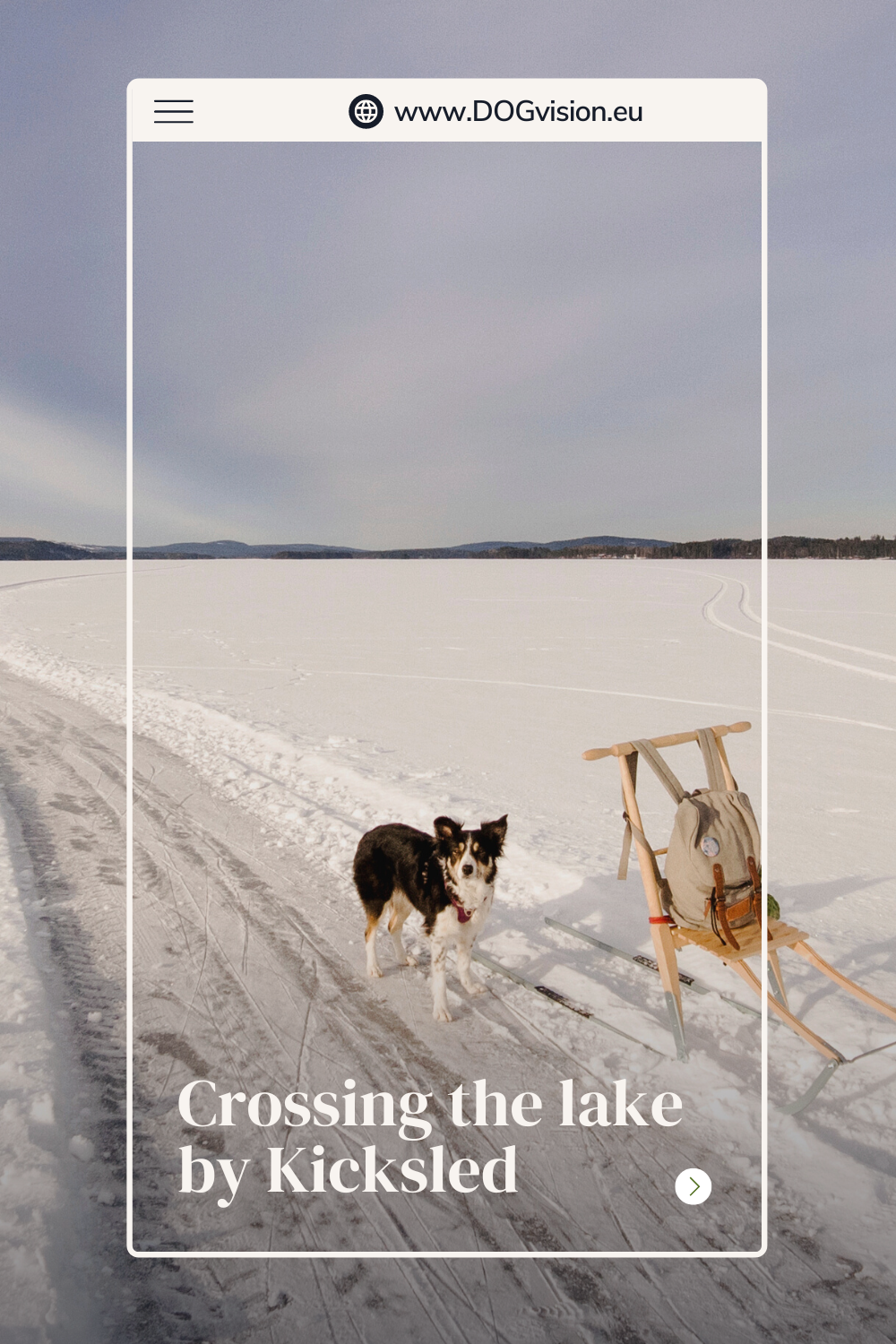