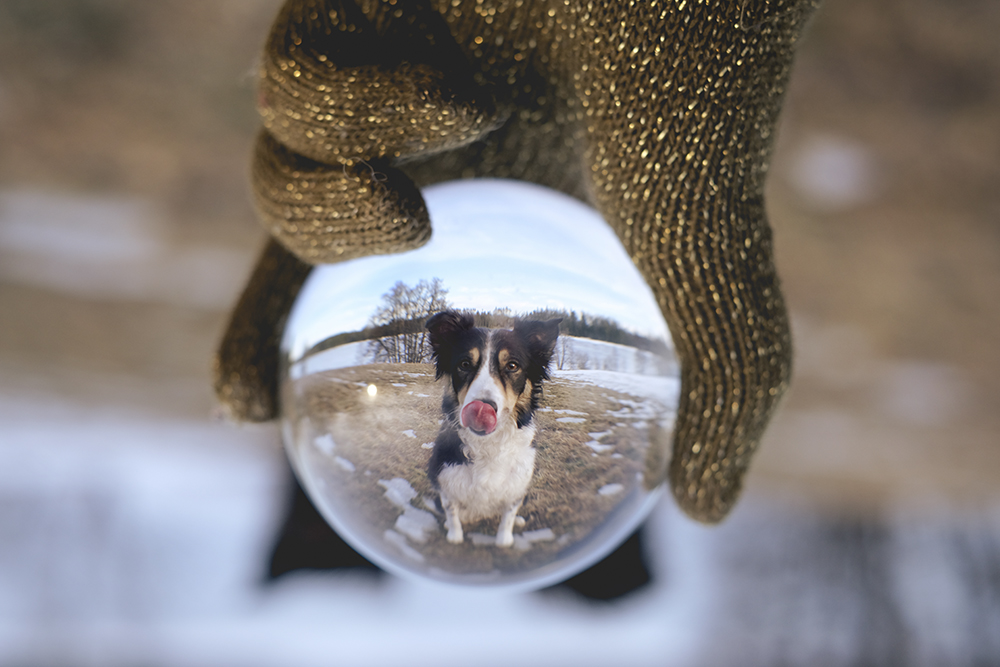 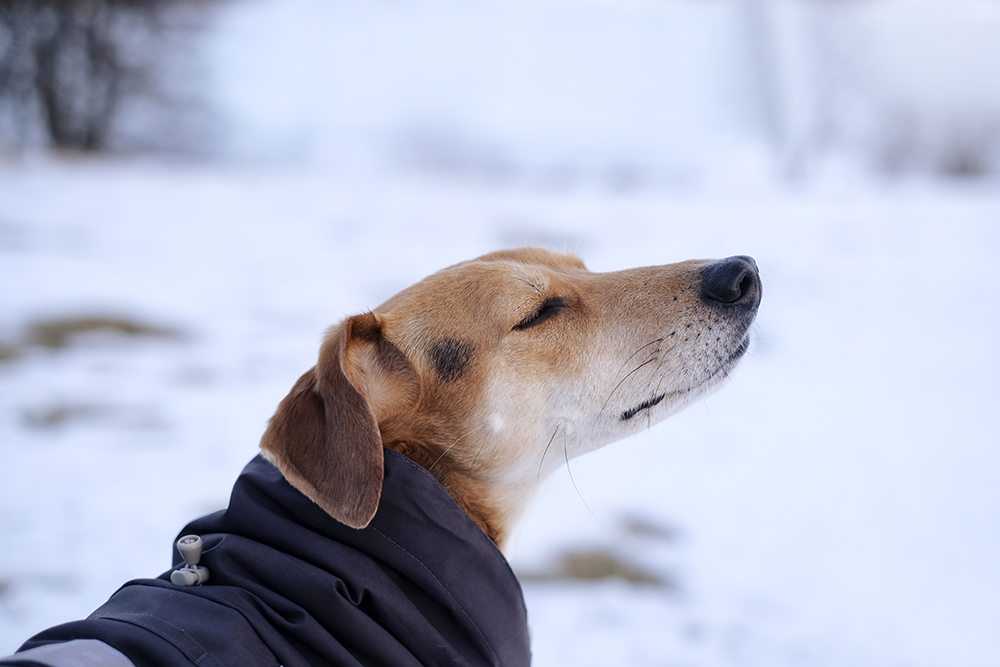 The weeks seem to fly by and a very early spring feeling takes over us as the snow melts away. O-oh could time go a bit slower, please!

While I might never be ready to move on from winter, it was 300% enjoyment when we could sit and relax in the sun last weekend. With the full 9°C (48.2F) and no wind, I was cozy outside for the first time in months in a sweater and a single pair of socks. That was also great for the doggies, not only because they can now steal rubbish from the compost heap (naughty ones!), but especially because it makes them so happy to just hang out in the garden, lie in the sun, play a bit and chase each other, or simply look at everything around them.

And then suddenly… a warning bark. Not in full, but just enough to warn us and each other and be ready for possible intervention. At first, we saw nothing out of the ordinary. We heard nothing. Blocked the sun with our hands and scanned the field next to our yard. And then suddenly I saw it! A group of deer was watching us. Ready to sprint away with those white poops hop hop hop towards the woods. Silently swearing for half a second as we verbally warned the dogs not to get crazy thoughts. For a moment they wanted to go after it. “But they are so close!” they would whine if they were children.

At times like these, the contradiction of my dogs’ behavior is oh so obvious again. On the one hand, they can act like wild savages when they hear or see a dog, they crack up when the bell rings, and they sprint outside singing loudly every morning. Because yes, after 2 years in the woods, with hardly any human contact and certainly no dogs, their tolerance for a lot in our society is fairly limited. But hopping deer, a moose crossing the track, or passing horses are totally basic. Because these deer, they let them run away while watching every single hop, even though they showed that the temptation was strong.

They may have become a bunch of savages, but after those two years in the woods, they can resist temptation better than the average man in Temptation Island. And that for a bunch of dogs 🙂 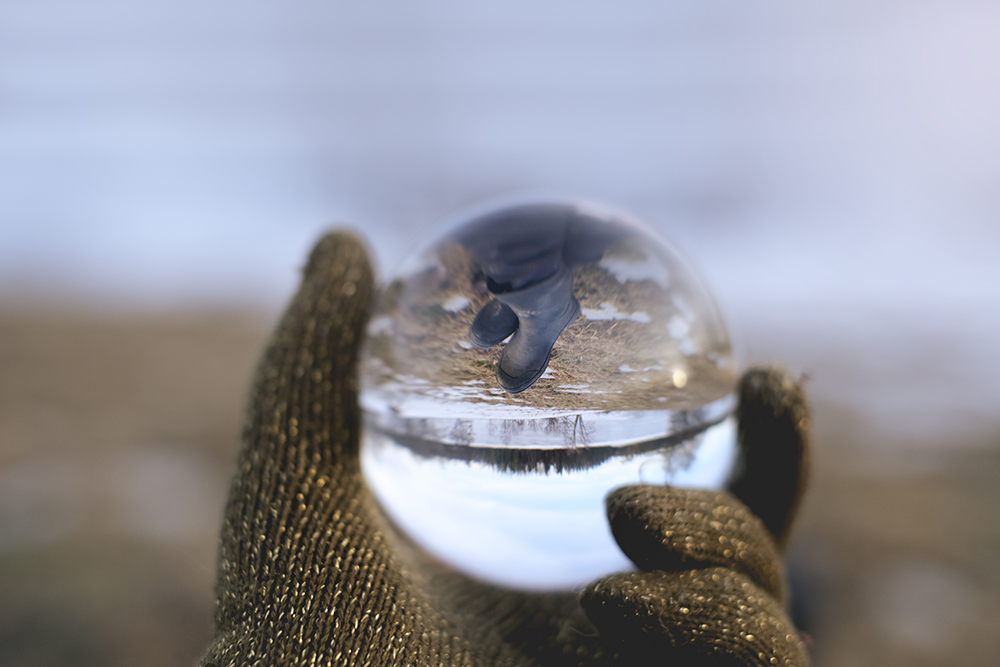 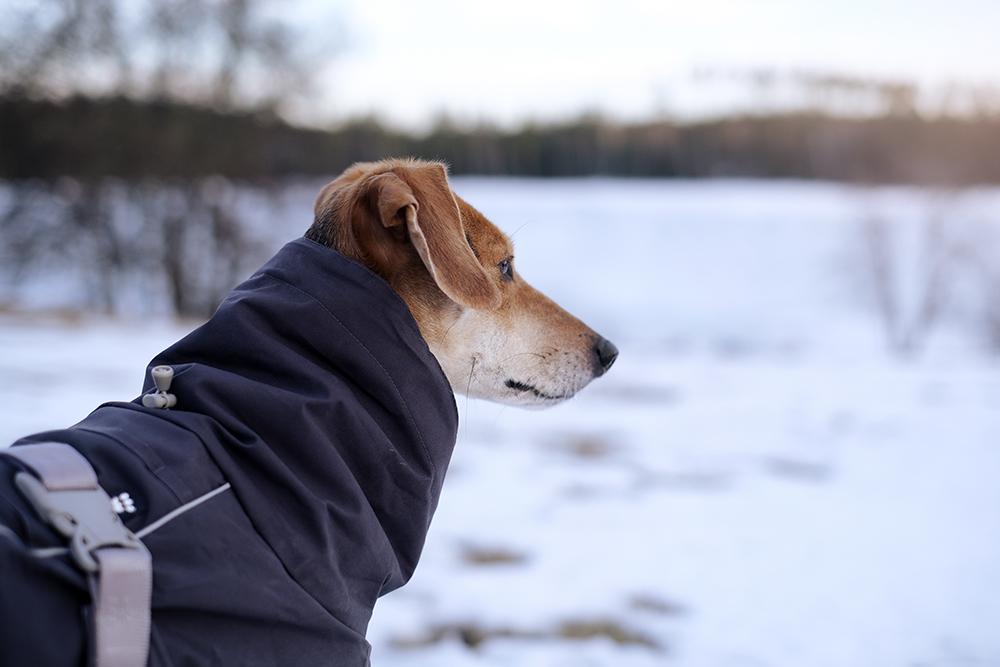